Miss Loren began dancing, like many of her students, at age 5 in the Crete IL Park District. Performed in her first recital at age 6 and continued dancing locally throughout the years. A long time, devoted student of Miss Carol Hutchinson, she first began teaching ballet classes in 2005 for the Oak Forest Park District. In 2006 she took on the role as head of the ballet program at the Na'ama Rose Dance Center in Park Forest IL. In 2009 Loren started what would later become Barre None Ballet as the first resident program housed in her new studio concept, Room To Move. Room To Move is a dance & fitness studio co-op and rental facility open to the community. The studio is home for Barre None Ballet as well as many other Resident programs. In 2014 Miss Loren & Barre None Ballet extended their class offerings to Palos Park Illinois via their park district program. Loren's main goal is to bring the joy and love of ballet to everyone in a welcoming, judgment free, easy going, happy environment. 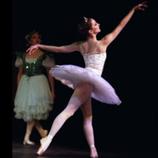 Ms. Brenda began taking dance at the age of 3 with Carol Hutchinson at the Park Forest Conservatory of Music and Dance. She began her professional career at the age of 16 with the Lyric Opera of Chicago, and the Wisconsin Ballet Theatre in Green Bay. She then went on to dance with Fort Wayne Ballet in Indiana, Charleston Ballet Theatre in South Carolina, Bryant Ballet in Chicago, Ballet Eddy Toussaint in Florida and Quebec, Canada, and Columbia City Ballet in South Carolina.
Upon getting married and moving back to Illinois, she became a guest artist with the Illinois Ballet in Peoria, under which she has also performed with the Opera Illinois, Cedar Rapids Opera, and the National Ballet of Panama in South America. Ms. Brenda has been featured in a publication of the Peoria edition of Arts Alive as well as in a book titled Ballerina Girl, which features photography of Richard Curry. She has worked with many world-renowned teachers and choreographers, of which many pieces were original works, including: Allegra Kent, Maria Tallchief, Melissa Hayden, Stephanie Ballard, Mark Dendy, Jill Eathorne Bahr, Eddy Toussaint, Anna Marie DeAngelo, Septime Webre, Jergen Schneider, and Mary Price Boday. Ms. Brenda retired from her professional performing career in 2006. She and her husband Scott are the proud parents of 2 lovely little girls. 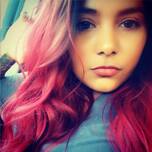 A founding member of the dance group LXVNDR, Endy has been dancing for as long as she can remember. Along with her group Endy has been performing in Room To Move's yearly show, Time To Groove since 2015 as a Resident artist. They also perform in various showcases across the midwest. Her love of kids and friendly demeanor made her a natural fit as our resident Hip Hop instructor. She brings her charming and gentle spirit to everything she does. With her love of music and dance she incorporates an array of music everyone loves into her classes. 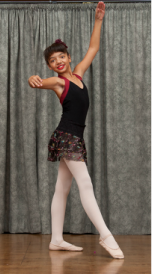 Miss Sierra began ballet classes with Barre None Ballet when she was 8 years old. She has performed in Time To Groove each year. She has continued her training outside of Barre None with various summer intensives. In her time outside of the studio she enjoys playing the trumpet, volley ball, running track and maintaining her grades. She is excited for the opportunity to be a student teacher. Miss Sierra is great with the kids and loves to share her love of ballet with them in Barre None's pre ballet class.